It’s a brand new year and your Magnificent Day Drinkers are back in action. The first half of January was spent in the studio working on our debut EP. Keep an eye out for more information on the release date.

We’ll be partnering with The Shiners for our return to the stage at The Orpheum on January 26th. It’s going to be a fantastic show and there are rumors of an after-party…

On January 30th we’ll be playing with rockabilly greats The Booze Bombs at the Green Room. This show marks the one year anniversary of the Day Drinkers and a return to the same bar and band that kicked it all off. Don’t miss it! 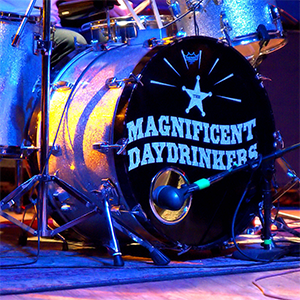 It’s been a busy and exciting year for your Magnificent Day Drinkers! It was a fun ride with lots of great shows and good times. To all the friends and fans who came out to party with us along the way: thank you! You’re the reason we do what we do.

If you’re wondering why it’s so quiet around here, the band is taking some time off for the holidays and is preparing to return to the studio. We’ll be hitting the streets again in January and look forward to seeing all of our favorite day drinkers in 2019. Until then, happy holidays and see you next year!

The reviews are in and the critics are raving. The Magnificent Day Drinkers live show is a must for anyone seeking a good time with great music and questionable people. If you missed our last show fear not! The Drinkers are planning their upcoming shows as we speak. We will be working with some great venues and playing with some amazing bands. We are not the type to start the rumor mill, however I hear some scuttlebutt about a show on Saint Patrick’s Day. Stay tuned for more details on that. Make sure you are the first to be notified about this and other upcoming shows by signing up for our newsletter.

As always we are looking for new venues to play and new bands to share a bill with. Contact us if you are either, both or none. We’d love to hear from you. 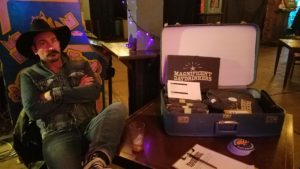 Your Magnificent Day Drinkers are currently in the studio working hard on The Whiskey Breakup EP. Duke’s glorious drumming and Lightning Ray’s mind-numbing bass runs have already been captured in their full glory. Well, to the extent that digital recording equipment can capture that kind of majesty. Can you capture the wind?

Eddie is currently putting the final touches on his white-hot guitar licks. Once vocals, mixing and production are finished we can get this modern masterpiece into your eager little hands! We’ll keep ya posted!

A post shared by The Magnificent Day Drinkers (@themagnificentdaydrinkers) on Jan 16, 2018 at 10:48am PST

Welcome to the official website of The Magnificent Day Drinkers!